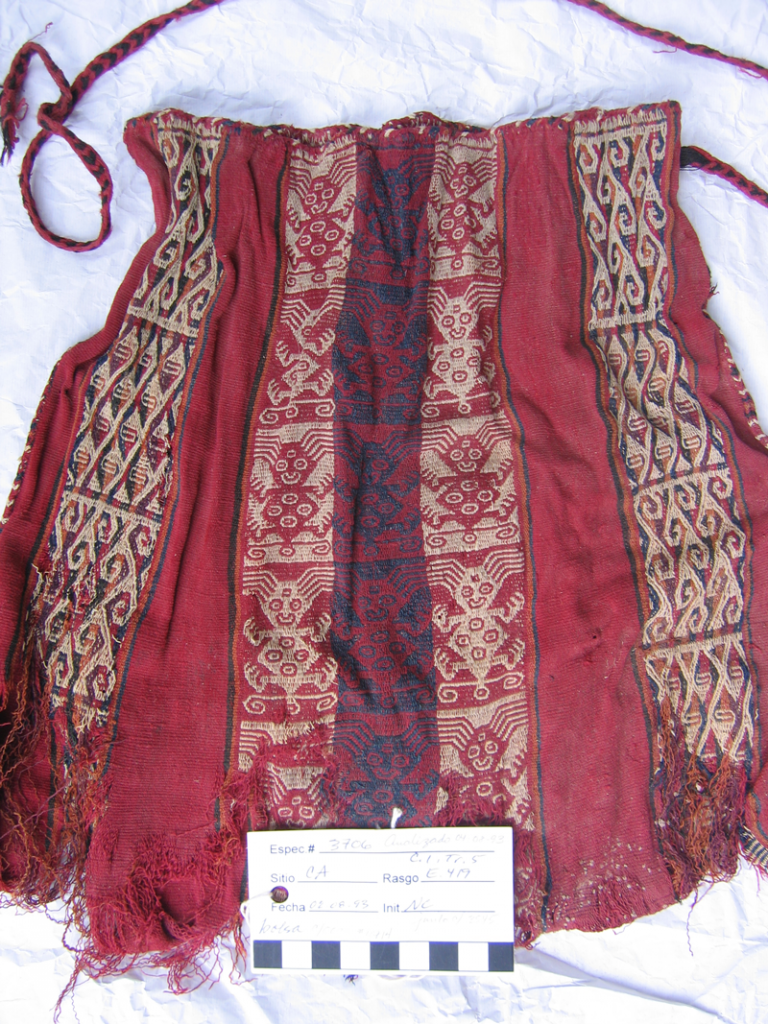 My textile research is focused on archaeological textiles and what can be learned from the structure and technical aspects of weaving. Design, motif and iconography can be interpreted many ways, but the structure of a textile is there in front of you waiting to be analyzed through thread count, twist, and density, fiber analysis, weaving structures, edge finishes, seams, and dyes.  This structural approach to textile research was the foundation of my masters thesis at the University of Nebraska Lincoln.

During a summer field season in 2009, our research team analyzed 68 textiles from the Chirabaya culture (700-1500s) at the Centro Mallqui Collection in Ilo, Peru. The Chirabaya culture established itself along the southern coast of what is now Peru and the northern coast of Chile, inhabiting a portion of the Atacama Desert area. The people were both coastal fisherman and inland farmers who raised alpaca along this coastal area and further inland.

The study focused on bolsas (bags), fajas (belts) and pañuelos (wrapping/carrying cloths). The preservation of the textiles made of camelid and cotton was quite good. Both dye and weaving consistency was extremely high across time and both cemeteries that were part of the study. A warp-faced weaving structure was used in all types of objects except fajas (belts), which were made using an oblique braiding technique. The warp-faced weave structure is the same as the one used in contemporary textiles of highland Peru. We observed no tapestry weave, which is the primary textile construction used in the Tiwanaku region, suggesting very little influence on textile production was coming from that area.

This pilot study of the textiles from the site of Chiribaya Alta provides a foundation for important future research. Consistency in woven structure, dyes, and quality of textiles from the two cemeteries from different time periods and apparent ethnic differences, speaks to the embedded nature of coastal textile traditions over hundreds of years and across ethnic divisions.